As the “Voice of the Lesbian Senior” … a reminder that family is forever!! 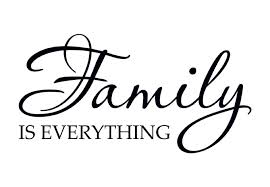 In human context, a family (from Latin: familia) is a group of people affiliated by consanguinity (by recognized birth), affinity (by marriage), or co-residence/shared consumption. Members of the immediate family may include a spouse, parent, brother and sister, and son and daughter.

Members of the extended family may include grandparent, aunt, uncle, cousin, nephew and niece, or sibling-in-law. In most societies the family is the principal institution for the socialization of children.

As the basic unit for raising children, anthropologists most generally classify family organization as matrifocal (a mother and her children); conjugal (a husband, his wife, and children; also called nuclear family); avuncular (for example a brother, his sister, and her children); or extended family in which parents and children co-reside with other members of one parent’s family.

As a unit of socialization, the family is the object of analysis for anthropologists and sociologists of the…